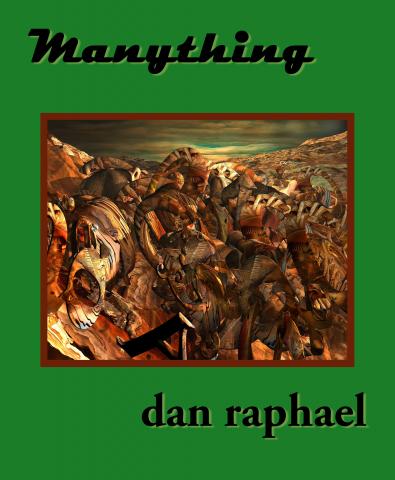 Unlikely Books is thrilled to present the 21st book of poetry by dan raphael. dan's a master of verse and performance in Portland, Oregon, and this post-Beat tome contains 65 of his wild, vivid trips-in-verse.

With a cover adorned by a classic piece of visual poetry by Peter Ciccariello, this book will drive you mad in the most beautiful way, and you'll be grateful it did. 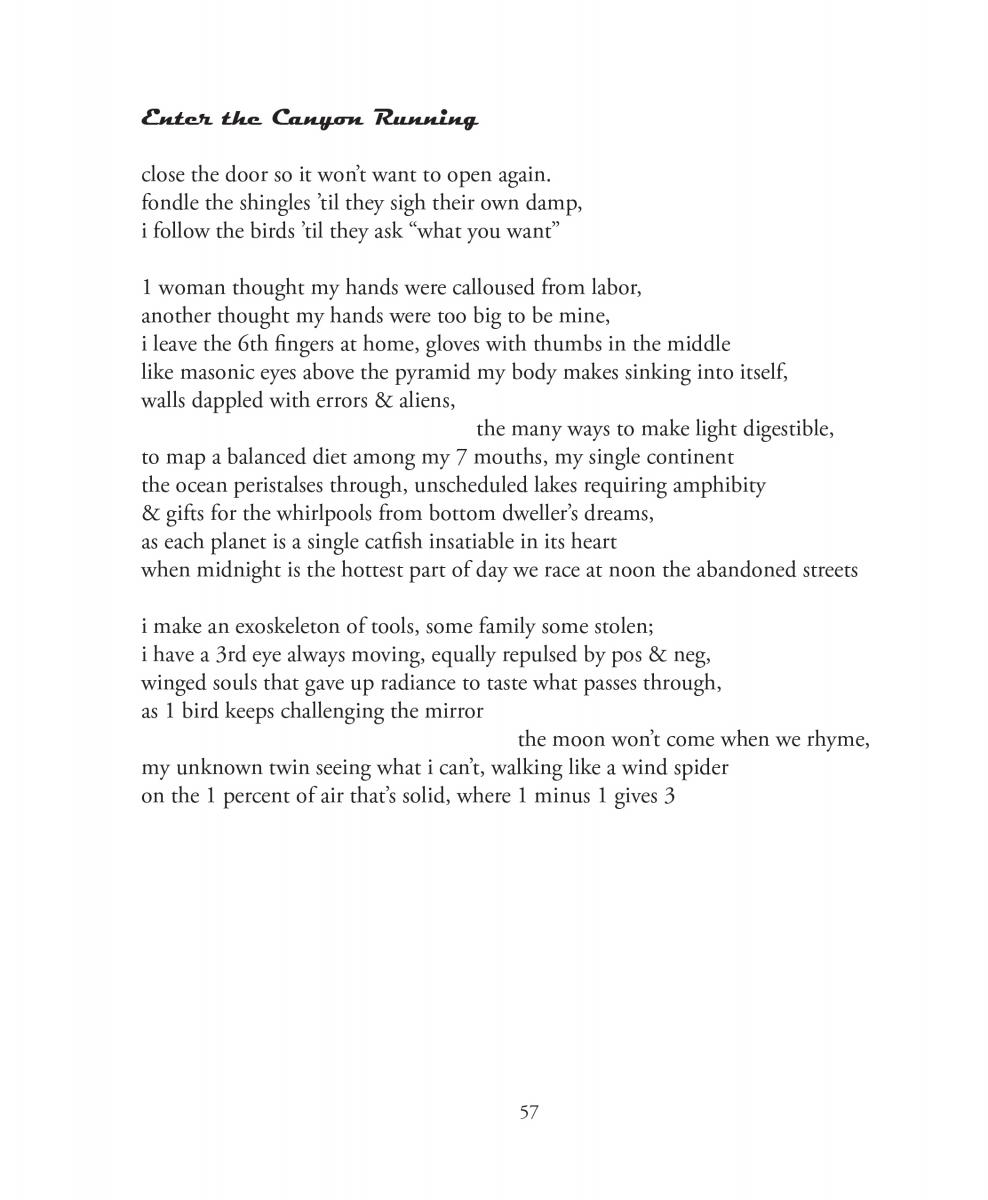 Check out what people are saying about Manything:

It is appropriate that dan raphael’s Manything has come out in the year of Walt Whitman’s 200th birthday. raphael is one of the few poets since Whitman to have such a complete delight in the multiplicity of the world. His integration of the objects of man’s making with the wildness of nature is liberating. The poet’s body parts can function independently and often co-mingle freely with dirty streets, rain, bottles, squirrels, and the sun. Manything is a vision, one that moves us beyond our complacency, making us less sure that the world we navigate daily is what we think it is. Like Louis Aragon in Paysan de Paris, raphael awakens us to the ecstatic possibility that we might fall right through the sidewalk.

These poems stay rooted in an I which is—problematical, dreamlike, always. Charles Olson’s “will to change” is everywhere to be found in this manything in the manywhere. Imagination constantly pulls away from the observer’s stance in the world: “When i do an upright somersault crossing 4 lanes the pigeons turn into gift cards; a halo of applause i’ll redeem for the day’s 1st window like a police car turned into a fruit cake we keep regifting.“ Throughout, the lyrical impulse carries this poet—inhabitant of a world we all live in— into strange skies, odd juxtapositions, songs the heart sings when it realizes the sheer manyness of the world: “when the whole city’s dancing, i will rest”; “music only my stomach can hear.” Visionary and stunningly concrete, this books reads like a kaleidoscope that has suddenly sprouted wings.

To say that on the page, in print, these Manything poems are imbued with voice, is not saying enough. dan raphael’s poems—true children of the oral tradition— clamor to be heard. Read them aloud to yourself and the neighbors. Better yet, go to one of raphael’s public readings: hear him chant and rabble-rouse as he catapults his lines into the air. Wildly political, shamanistically apolitical, this is a poet for whom “...spontaneity is quicker than most defenses....” This is a bard who writes poems that are “...teeth biting through wire with persistent questions.”

More than forty years into a fevered dance with the muses, dan raphael shows no sign of slowing down. In these poems he is frequently the seer in the ordinary, the visionary peering into the quotidian illusion to reveal what is actually happening behind the glass. What he reveals is the stuff of fathomless mystery ornamented with beautifully articulated imagery. He captures the mind and senses and shifts them so far beyond their scope that one begins to taste the mystery personally. It is the gift of all masters of the art to transform the world from something mundane into something sacred calling us further on. Poem after poem, Raphael makes it a journey worth taking.